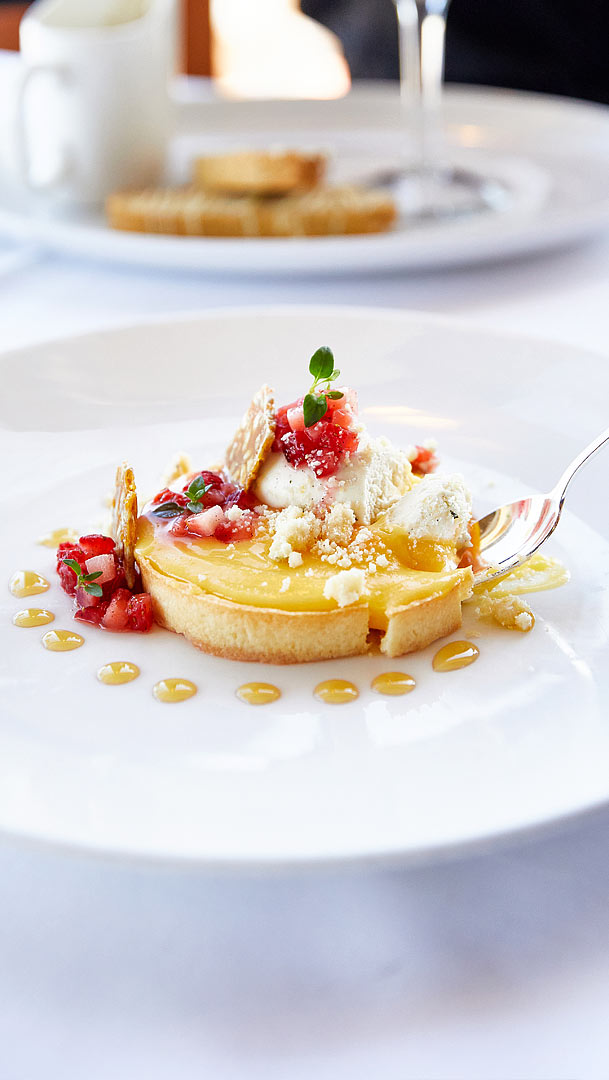 In the world of fine dining, the art of plating is often an integral and celebrated part of the meal — especially when it comes to desserts. Erin Steidley knows this well, having embraced the concept of decadence in both a visual and sensory capacity since she started her exploration into pastry arts in 2008. A native Californian, Erin studied illustration at the Academy of Art University in San Francisco before transitioning to Le Cordon Bleu in Portland, OR. This pivot would prove to be the beginning of a bold entry into the culinary scene, as she began to blend her inherent skill and curiosity for structure and form into projects that were much more tangible and tantalizing.

Seeking industry perspective and experience, Erin wound her way through various West Coast cities after graduation: pushing boundaries, honing her craft, and earning accolades along the way. After serving as Pastry Chef at San Francisco’s notable plant-based restaurant Millennium, she took the Executive Pastry Chef position at the highly-esteemed Zoe, in Seattle, where she was nominated for the StarChefs Rising Star Award in 2015. Her continued journey in this role also included time at the famous Salish Lodge in Seattle, at Sonoma’s Michelin-starred Farmhouse Inn, and in the kitchen at Market Restaurant + Bar in San Diego.

Erin draws her biggest inspiration for new dishes from nature and the freshness of seasonal ingredients, making the bounty of Southern California and her role as Executive Pastry Chef at Mister A’s ideal in every capacity. Welcoming the freedom of the ever-evolving seasonal menus at Mister A’s, Erin strives to create desserts full of texture and color, evoking a modern yet approachable feel. Meanwhile, her deep love of chocolate runs like a velvety ribbon through her work, revealing itself in a variety of enticing ways and no doubt endearing her to all who choose to indulge.

Erin’s eye for design and contrast, background in the fine arts, and passion for travel and her own dining experiences continue to inform and shape her current and future endeavors. The ability to find inspiration in so many of life’s intricacies and translate it to something you can both taste and feel lends itself to unforgettable creations — something we can now all count on from the pastry program at Mister A’s.