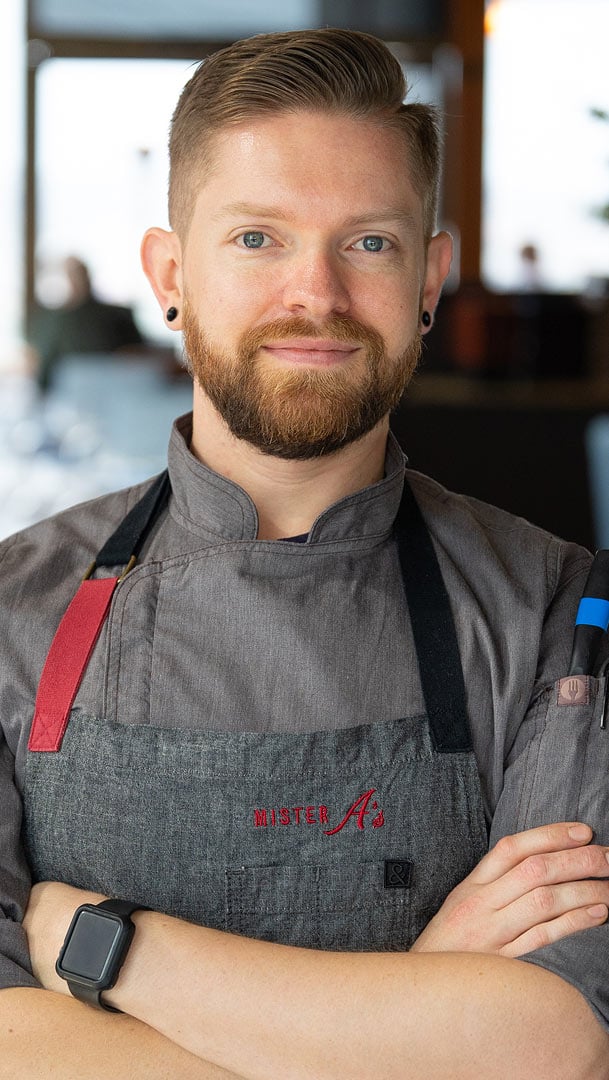 Executive Pastry Chef John Brockway’s first memories in the kitchen date back to days spent as his mother’s helper while she baked. Though he never realized it would become such an important part of his life, he recalls those times in his hometown of Missoula, MT fondly. By the age of 10, after watching many pastry competitions on Food Network, Brockway was fascinated.

At a crossroads between following a more traditional path and a deeper pull toward a career in the culinary industry, Brockway once again flipped on the television and was immediately inspired by a late-night cooking special. He searched for the nearest culinary school and began the commute between his residence in Lexington, KY and school Cincinnati, OH. Upon graduating with honors from The Art Institute of Ohio-Cincinnati in 2010, Brockway then returned to the service industry at Malone Steakhouse in Lexington, KY, where he worked as a server and freelance pastry chef.

In 2012, Brockway took a leap and landed in Las Vegas with his brother and joined the ranks at Nobu where he worked his way up from pastry cook to master pasty cook to sous. After six years in sin city, Brockway relocated to San Diego, CA to continue exploring the world of pastries at Nobu. Another six years passed and he was ready for a new challenge. Attracted to the ambiance and allure of the restaurant, Brockway joined the Mister A’s team in August of 2018.

Now a resident of the Hillcrest neighborhood, Brockway brings his modern style to the Mister A’s kitchen and continues crafting a fusion of modern and traditional French pastry dishes. Brockway enjoys perusing the farmers’ markets to gather fresh, seasonal ingredients to keep his menu fluid and timely, though he admits he holds a special place for the flavors of fall – nuts, spices and heartier notes.

Brockway brings years of expertise, a creative and curious palate and enormous pride for the restaurant with him as he continues to blend his modern flare with traditional techniques at Mister A’s.