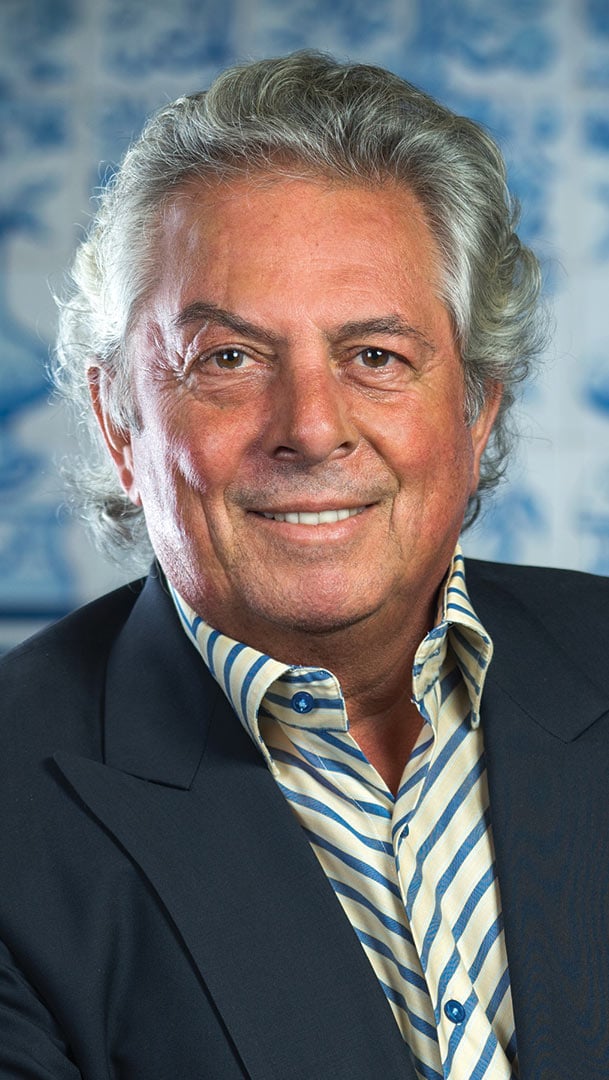 Born in rural southwest France, Bertrand studied economics at the University of Toulouse. After college, his studies took him to America where he made his way to the west coast, always deriving income by waiting tables in French restaurants.

He started his own restaurant career in La Jolla, in 1973, as the managing partner of Le Cote d’Azur. In over a decade, Bertrand became involved in the ownership of several restaurants: Mon Ami, La Mediterranean, Bertrand’s and La Maison du Lac.

In 1984, finally on his own, Bertrand bought the property he coveted for years: Mille Fleurs, in Rancho Santa Fe. Taking on the challenges of offering elegant European cuisine to a relaxed city such as San Diego, his commitment and belief in utmost freshness and quality, soon made Mille Fleurs San Diego’s premier restaurant. Mille Fleurs has attracted national attention & awards (being named top 25 in America by Food & Wine magazine), helping to bring San Diego’s dining scene to the forefront.

Bertrand wanted to add a metropolitan restaurant to his restaurant portfolio and had always loved the tremendous location and potential of the legendary Mister A’s. He was able to purchase the lease in 2000 and completely redesigned the restaurant, which is now the toughest reservation in city.

In between spending time as host at both his country & city dining establishments, Bertrand writes a wine column for the local newspaper, enjoys golf, tennis, horseracing, and traveling with his lovely wife Denise.